From the Civil Society Organization Las Abejas
Sacred Land of the Martyrs
Acteal, Chiapas, Mexico
September 22, 2011
To all social and political organizations To all Human Rights Defenders To the national and international press To Civil Society To the Other Campaign To Public Opinion Given the news that has circulated in recent days about a lawsuit in a U.S. court against former President Ernesto Zedillo for the Massacre of Acteal, the Civil Society of Acteal Las Abejas strongly asserts that:

1) This demand has not come from Las Abejas, the only organization representing the survivors of the Acteal massacre ever since the time that it occurred, on December 22, 1997, to the present, nor does it conform to the modus operandi of the survivors and of the Civil Society organization Las Abejas.

The only legal representative authorized by the survivors of the Acteal Massacre is the Fray Bartolomé de las Casas Human Rights Centre, AC. Supported by the Centre, Las Abejas have taken the Acteal case to the appropriate legal authorities in our country and, once these bodies had been exhausted without fulfilling their obligation to impart justice, we turned to the Inter-American Commission on Human Rights (IACHR). Unlike the lawsuit filed by persons unknown in a court of the United States, our demand is not focussed on getting money, but on the demand for justice and on putting an end to impunity. In addition, unlike this lawsuit, Las Abejas have never acted anonymously. We have always shown our face, we have had face-to-face confrontations with the murderers of our families, we run the risk of retaliation from the paramilitary groups who live in our own communities and have been identified by us. This makes ridiculous and very suspect the claim of the lawyers who filed the petition that the plaintiffs "want to remain anonymous for fear of reprisals that they could suffer". The names of the victims, their families and those who have fought for justice are known to the public, they are in the publications of the Fray Bartolomé de las Casas Centre and appear on countless websites. If we are not hiding even though we are here in Chiapas, it is not logical that some people hide when they act from another country.

2) There are strong reasons to suppose that the memory of the martyrs of Acteal is being manipulated for political-election and economic purposes which are totally unrelated to our organization.

The United States law firm, which, according to the news, is filing the lawsuit against Zedillo, is not a human rights organization, but an office that usually defends bankers and big corporations (as can be seen on their website). It is clear that neither Las Abejas nor any indigenous Tzotzil would have the money to pay the enormous costs involved in hiring this type of lawyer. It remains to be investigated who are the people who, hidden in obscurity, have manipulated the memory of our martyrs. We can safely say that no family of those directly affected by the massacre fits the characteristics of the family that these lawyers present as plaintiffs against Zedillo. Therefore, IT IS NOT THE INTERESTS OF THE SURVIVORS, BUT OTHERS’ INTERESTS, which are moving behind this lawsuit.

It is no secret that, during the final months of 2011, no politician has their head and heart focussed anywhere more than on the 2012 elections. One does not have to be very intelligent to realize where the versions are coming from which are concentrating their attacks on Zedillo, while they do not say a word about the responsibility of the army and their counterinsurgency plans, which did not end with the PRI but continued without major changes during the PAN's presidential term.

Moreover, the argument presented in this lawsuit is nothing like that which has always been used by Frayba and Las Abejas, but rather is similar that used by the CIDE lawyers which was accepted by the judges of the Supreme Court who as a result released the paramilitary prisoners, who, incidentally, have these days begun to confuse public opinion by means of their families holding a protest camp in the Zocalo claiming that they are innocent, and presenting themselves as fighters for justice, when the only thing they seek is impunity.

On the other hand, there are very suspicious elements to the lawsuit filed by the US lawyers, which make us think others are guilty, not of the massacre, but of this manipulative action. But we will speak more of this when we have finished analysing the documents presented.

We, Las Abejas of Acteal, have always peacefully sought for justice through the legal institutions of our country and, where necessary, we have gone to the international human rights bodies, but we have always said that our trust is not only placed in the justice of this world. This is what our Christian Maya roots teach us. Our grandparents have taught us that whoever commits an evil always ends up paying for it, and we read in the Bible that God catches the powerful in their own nets, and when the powerful draw their swords against the poor they end up piercing their own hearts. So if Felipe Calderon thinks he can use the Acteal case against the PRI to ensure the victory of his own party in 2012, then that is his problem. What has been achieved is to show the world what we have always said, which is that the masterminds of the Acteal Massacre were in the highest positions of power. But we are clear that the PAN is not free of guilt. From Vicente Fox who became a soldier in front of the PGR and abolished the special prosecutor against the paramilitaries without any explanation, to Felipe Calderon himself, who freed the paramilitaries, the governments of change have done nothing but maintain the impunity of the material and intellectual assassins.

The Civil Society group Las Abejas will continue to fight as always for truth and for justice, not only for the case of Acteal but for all struggles for indigenous rights and autonomy and for all the just causes of the people of Mexico. To our commitment to publicize the truth we now add the quest for the truth about what is behind this manipulation of the case of Acteal. We want Zedillo and his accomplices to be judged, but will not remain silent in the face of the usurping of our memory for political and commercial ends, nor will we allow a partial version to obscure the whole truth.
ATTENTIVELY
The Voice of the Civil Society of Las Abejas of Acteal
Signed by the board of directors
Mariano Pérez VázquezJuan Vázquez Luna
José Ramón Vázquez EntzínVictorio Pérez Paciencia 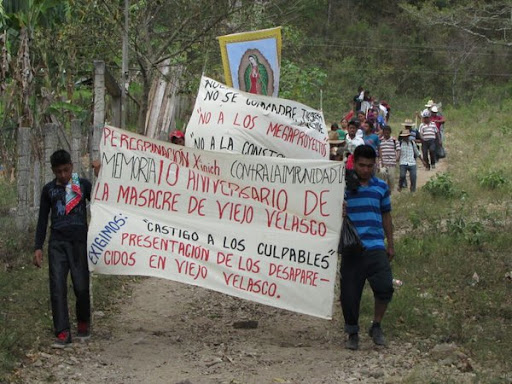 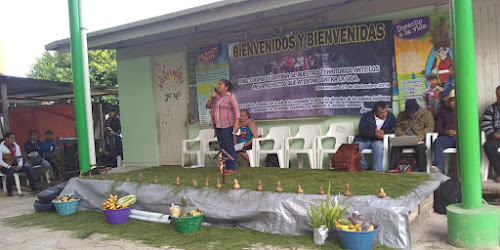 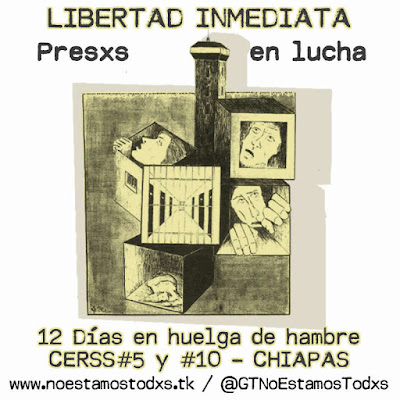